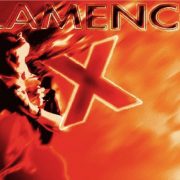 Iron in the Soul – Big Dance 2012
Flamenco Express took part in Big Dance 2012 with  Iron in the Soul – Science Art and The Universe – An experiment on stage. The evolution of rhythm from chaos to order and back again, as choreographed by The Cosmos July 2012 & April 2013. This was a project involving company members and a chorus comprising a broad cross-section of dancers from the community.

In The Flesh with the Hellenic National Dance Company
The Athens Megaron Theatre. Choreography by Athina Valha

Spaces in Between 2007 – Royal Festival Hall Reopening celebrations
A site specific performance as part of the re-opening of the Royal Festival Hall after refurbishment in 2007. In collaboration with Candoco Dance Company and Newham Sixth Form College. Athina Valha directed 180 dancers and students in public spaces throughout the South Bank Centre site.

Royal Shakespeare Company
2004 Dance and music workshops for Dog in the Manger directed by Laurence Boswell.

Half Baked Venus Theatre Co 1998
Dance and music workshops for production of Picassos play Desire Caught by the Tail at Upstairs at The Landour.