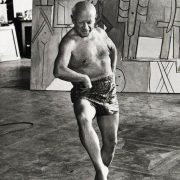 When Picasso said ‘There is no end to the tricks I learnt from the Gypsies’ he wasn’t just talking about learning to smoke a cigarette up his nose, or perform card tricks. Picasso was exposed to the gypsy concept of Duende at an early age, and it had a lasting effect on his work.

According to his friends, the only music he really cared about was flamenco – cante jondo. The ‘deep’ or profound songs of the flamenco canon such as the Siguiriya – the sound that echoes both the dilemma of the bare forked human spirit confronted by a huge impersonal universe and the historic dilemma of the constantly persecuted and exiled gypsy nation. Staring at the stars and wondering Why? and How? Knowing that we are all alone, but realizing that we are able to use that collective loneliness to reinforce the bonds between us. 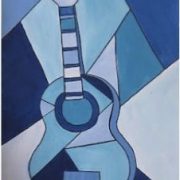 In its attempt to express the spirituality of shared solitude, duende is a dual concept which is a reflection of the futility of humanity in the face of the infinite, but also an affirmation of its unquenchable vitality – a paradox of life and death which was to underpin Picasso’s reason for working.

Picasso’s great friend Lorca formalised this relationship in his theory that duende was an inheritance of the ancient cult of Dionysus, the eternally reborn free spirit of Greek myth. In fact, the gypsies didn’t need the Greeks to invent their philosophy for them, the constant need for them to reinvent and improvise their culture and absorb others gave them their own reasons for seeing the cosmos the way they did. 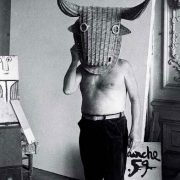 Nevertheless, Lorca’s interpretation of the essence of duende was one which must have been close to Picasso’s own as the theme of Dionysiac rebirth was one he returned to as artist and man throughout his life. Culminating in what is possibly the greatest cry of ‘Siguiriya’ in history – Guernica. A cry that is all the greater, and paradoxical, for being in the silent form of a painting. 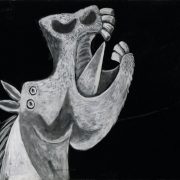 And it could be argued that even Picasso’s later ceramics, while not matching the grand artistic achievement of Guernica, are a more flamenco form than painting. The synthesis of deeply primal symbols from soil fire and water is surely Picasso insisting that death and life are not as different as we usually think – the affirmation that there is magic in the world, and that we make it. Something the gypsies had known for hundred of years, and which is perhaps the greatest trick they have to teach us all.

A short History of Flamenco Song