A short History of Flamenco Song 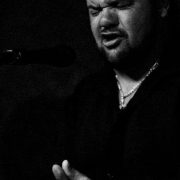 The Gypsies arrived in Spain in the early fifteenth century, and settled in all regions and especially in Andalusia where they had more in common with the existing population. The historical origins of Cante are always connected with towns and cities with large gypsy communities.

The popular songs and dances already existing in Andalusia were often appropriated and influenced the early formation of cante flamenco and it’s logical to assume that in a region which has been a melting pot for some of the worlds most important cultures, an evolving and distinct artform such as flamenco would contain traces of all those before it – Romans, Tartars, Goths and seven centuries of Muslim domination which tolerated and even encouraged cultural exchange between the Arabs, Moors, Jews and Christians.

The three most important places at this point in time were the Cradles of Cante – Cádiz, Triana (Sevilla) and Jerez de la Frontera, where the first known flamenco singer Tío Luis el de la Juliana was born. Cante flamenco could have been born in any of these three towns, nurtured by gypsy families and first performed in their private fiestas.

The first flamenco song forms or ‘palos’ are thought to have been the corrido, corrida or romance gitano – a development of the romaces castellanos, flamencoised by gypsy singers and sung without musical accompaniment. At the same time we see the emergence of tonás, martinettes, deblas, carceleras, gilianas & the first siguiriyas. 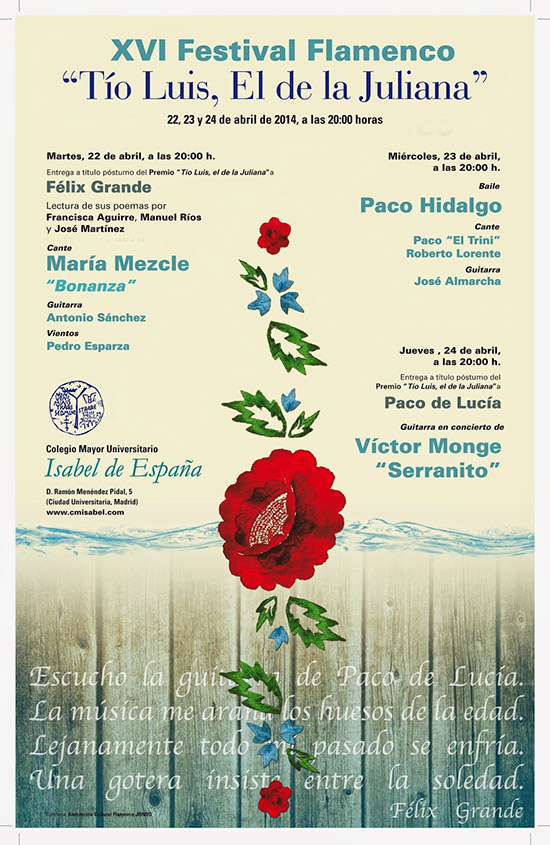 The Great Centre of Triana

There is much testimony to the tremendous flamenco activity that developed in Triana during the last third of the nineteenth century. The two most notable names were El Planeta, the first singer of cante jondo who sang romances, polos, siguiriyas (his being the oldest which is still sung today) and also played the guitar, and El Fillo, collector and disseminator of songs, and perhaps the originator of others. He was first recognised as a brilliant maestro of the siguiriya. His hoarse cracked voice gave rise to the term afillá which is still used to describe this kind of voice. 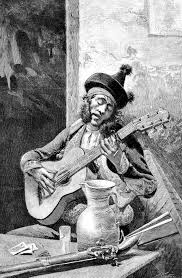 In the splendor of the cafés cantantes flamenco developed all of its facets until fixing definitively what we can consider to be classical cante jondo. The most famous cafes were the Silverio, Cafe de Chinitas and the Cafe de la Marina.

Silverio Franconetti – Although a not a gypsy he was a genius of the siguiriya. The principle interpreter of the songs and style of El fillo, he brought cante into the cafés and professionalised the public performance of flamenco. Tómas el Nitri was another interpreter of the songs of El Fillo in their gitano form. He had a well documented rivalry with Silverio, probably for racial reasons. Other eminent siguiriyeros were Loco Mateo, Manuel Molina, Paco la Luz, Diego el Marrurro, los Gordos, and Curro Dulce.

This was also the era of the development of the soleá into recognisable styles, the main ones being Triana, Alcalá, Utrera, Cádiz, Jerez and Cordóba. 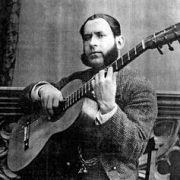 The era of ópera flamenco is marked by the predominance of the lighter styles such as fandangos, and cantes de ida y vuelta. These songs became one of the main area of interest during this period. Literally ‘go and return’ they are the songs of American influence, brought back to Spain by singers who went to work in Latin American Countries. These forms include the milonga, guajira, rumba, vidalita, and the colombiana.

Throughout this period the more important forms were neglected by many singers who were primarily interested in commercial success, but who can really blame them for trying to make a living in the cultural desert that was fascist Spain.

In 1922 Manuel de Falla, Garcia Lorca, and other intellectuals and artists from the generation of ’27 organised a competition in Granada with the stated aim of discovering new talent who would cultivate authentic cante jondo. El Primer Concurso de Cante Jondo de Granada was intended to reverse the deterioration evident in cante.

A very old man El Tenazas and an teenager Manolito Ortega split the prize for cante. Manolito Ortega, known as Manolo Caracol went on to become the last genius from a glorious family, Los Ortegas. Accused of heresy by purists he introduced the piano and orchestra to flamenco and created hugely popular theatre shows in partnership with Lola Flores and others. 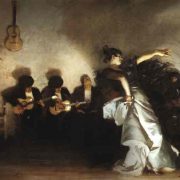 The renaissance in flamenco was precipitated by a number of events. The publication of the Antología del Cante, first in France and then in Spain by Hispavox, the opening of the first tablaos such as El Zambra in Madrid, the publication of the book Flamencología by Gonzales Climent and the first Concurso de Córdoba in 1956.

Antonio Mairena was the fundamental figure in the renascence of cante. He contributed his powerful interpretation of cante, his extensive research and investigation and a concern for popularizing the more serious aspects of flamenco.

Flamenco began to be appreciated by world-wide audiences and a new generation of flamencos exploded out of Cádiz, Jerez, sevilla, Utrera, Librija, Córdoba and Madrid. 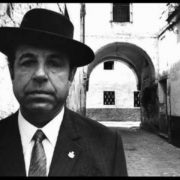 Camarón de la Isla is simply the most important cantaor of the last thirty years, and arguably of all time. His collaborations with Paco de Lucia, and Tomatito cover the whole range of flamenco from strict orthodoxy to extatic space flight, and have done more than any other artists to popularize flamenco both within and without of Spain. Hugely influential, His death in 1992 left many imitators, a vast new enthusiasm and afición, and a vacuum which has yet to be filled.

What we call cante flamenco continues to evolve and is probably healthier now than at any other time. Go to any festival of cante or check out the Madrid newspapers and you will find an incredible mix of flamenco, being discussed, criticised, demolished, defended, but never ignored as it largely was for many years in recent times. Regional differences are perhaps less noticeable now with one obvious exception – Jerez. Why do they sound so different? Is there a style or is it something personal ? who knows but if your worried about the future of flamenco, check out some of the recent recordings of young and not so young artists from Jerez..perhaps you’ll sleep easier.. 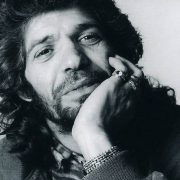